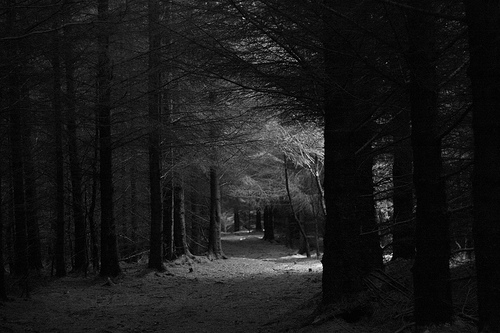 Three months ago when I published my official exit blog from my former group, I had planned to immediately launch into frequent blogging delving further into my past and discussing various facets of undue influence and recovery from high-demand groups (HDG).

What I found, though, was that writing and publishing that blog (and the excruciating months leading up to that) was only one component of the separation from my past. The timeline of my transition was quite condensed compared to many of those who exit an HDG, and I had almost emotional whiplash. While I continued to be outspoken on Facebook, I haven’t been up for more extensive blogging.

The aftermath of my exit was very predictable in some ways. Many people I know and was close with simply went silent. Some reached out with brief messages of support and then quite understandably distanced themselves from further contact. A few sent nasty messages, while still others, including people who don’t even know me, pontificated around the web as to my motives, mental state, and general heathen-ness that would lead to me making such a forceful statement.

Fortunately, I had braced myself for this unfortunate and sometimes painful fallout. I had spent months in advance mourning these inevitable outcomes. Literally mourning. Whole-body grieving for what was ahead of me. The transition out of a metaphysical worldview and intense religious community is a very real kind of death, perhaps the most comprehensive death one can endure short of bodily death, including as it does every layer of one’s being. But I did what I did in fairly full knowledge of how it would play out. It was that or resign myself to a life of misery and regret for not being true to and public with my experience and understanding.

The aftermath was also unpredictable in some positive ways. In the days following my post, l received over 100 messages of positivity from people around the world. Some knew me and some didn’t, but these messages expressed support and more importantly validation. Validation of others who related with my experience and perspective and were thereby helped in some way. In a few instances, people who carried years of guilt for their own inability to dedicate their entire lives to one Gaudiya sect or another felt freed of that load. Instances of that were the most I could have hoped for.

For many, there is an internalized idea that their lack of resonance or practice with some or all of the tradition is born from a defect in them: “If only I had tried harder; if I had less material desires; if I had surrendered more…” These are the hooks that an ideology can place in a person, sometimes in a remarkably short amount of time, and keep them subtly bound to a sense of failure and simultaneous lack of other aspirations for the rest of their lives. No (wo)man’s land. I know it well, as I grew up with a mother cripplingly depressed in part because of this very sense of failure of her guru and vows. A guru she saw once or twice in her lifetime in her adolescence and never even spoke to. For the bulk of the 7+ years of my serious involvement with the tradition, I too carried this sense of guilt and failure. There was always more to be done in service to the guru, on many fronts. When the desired output of a person is quite literally infinite, how can they not fall short?

One of the ways in which many have sought to invalidate the issues and arguments I now raise is to write them off as an emotional outburst; a direct result of the various abuses and mistreatment I outlined in my exit. A phase. By and large, high demand *closed* groups manage to keep themselves insular enough that this narrative can seem realistic. When they survey their personal networks, they see varying degrees of adherents, but adherents nonetheless. Within the Gaudiya world there are many factions and factions within factions. There are the disenfranchised who speak out against various policies and behaviors, and so on. Subsequently, there is s strong illusion of heterogeneity.

But if people do not look further beyond this somewhat shapeless community, they won’t realize that there are large numbers of people who exit the Gaudiya world and *do not* “come back around with more vigor than ever” as someone recently assured me I would in an online discussion. There is an ever-growing community of ex-members who take issue not with the specifics of this sect or that one, but with a fundamental shared ideology of personal submission to the powers that be (a guru, a Governing Body, etc.).

The notion that one’s spiritual fortune can only be gotten through submission to an existing person or system is the whole crux of the issue. It supplants individual reasoning, self-awareness, and self-care. Those of us who have experienced it have more often than not ended up going against our own moral compasses, physical health needs, personal ambitions, and so on. The guise and ideals under which we joined often come to be distant from the in-group life we live day-to-day.

Often times, even the teachings of the tradition are not well-known prior to the cementing of emotional commitment. I, for example, thought for several months as I began learning Gaudiya doctrine that Krishna’s rasa “dance” was simply a dance, not realizing that the idea goes further and postulates a god who has sex with 16,108 women (many of whom are married) in the same night. I am familiar with all the talking points and workarounds of this sticky piece of doctrine, but that’s exactly the point: teachings and teachers that can’t lay their cards on the table from the outset ought be suspect. Simple. Belief and adherence should not hinge on a subtle and gradual redefinition of members’ sense of right and wrong. Furthermore, many are not made aware of the quite voluminous array of highly objectionable (putting it mildly) statements the founder of the Hare Krishna movement made about women, minorities, rape, and homosexuality, among others.

Despite how it may appear, I am not on a crusade against Hare Krishnas, Gaudiya sects, A.C. Bhaktivedanta Swami, or Krishna. I am on the path of understanding and analyzing undue influence in humans. Much of what I write at this point is understandably arising from a Gaudiya framework, as that is where I am intimately informed. But my objective is not to tear down, but rather to build up. To take whatever I might have to offer by way of perspective and my own ongoing education, and give that out in efforts for individual empowerment. I do not have a new Truth to promote beyond the deeply held belief that Truths are not passed down in rigid systems from teacher to student. They are personal, experiential, and develop in tandem with other supportive individuals along their own journeys.

Moving forward, I plan to continue exploring these subjects, using my personal story and context as one of the tools for deconstructing the phenomenon of human subjugation and thought reform, principles that I believe to be intrinsically destructive.